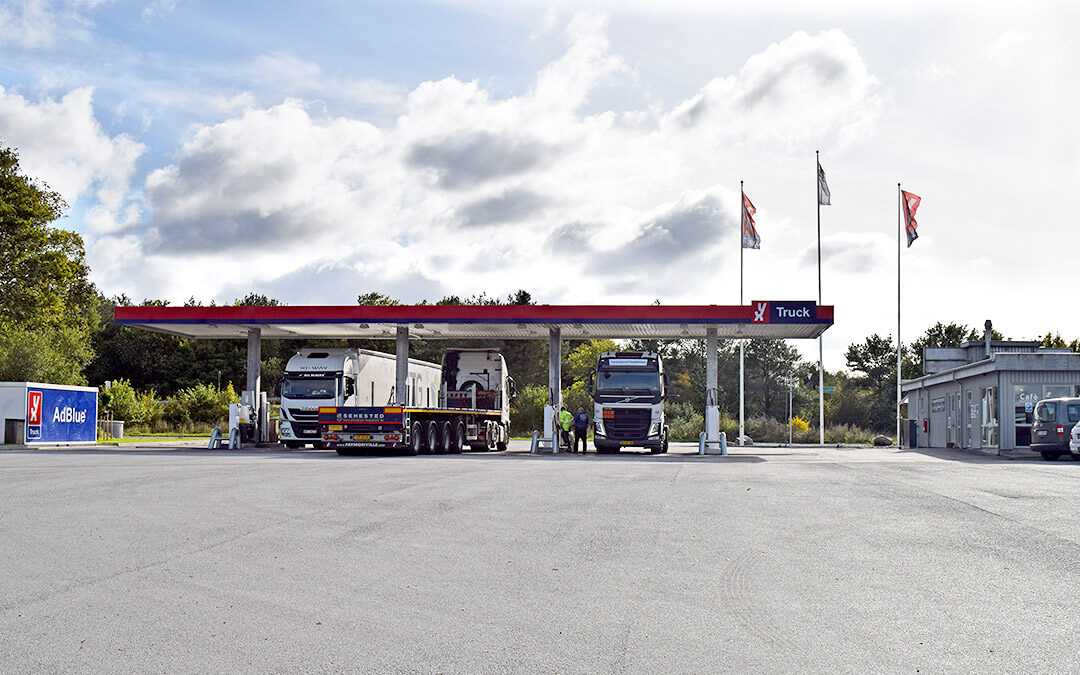 The truck centre Vognmandstanken is located right by exit 75 in Padborg. If you arrive from the north, you just have to look right and you will know exactly where to find it. In the words of Orla Thomsen, ‘it is located right down the hole’.

Curious eyes will have noticed that construction work has been going on down by the centre for some time now, and now the new filling station and facilities have been finished and are open to users.

Brand New and Open to Everyone
The filling station and toilet and shower facilities have seen the greatest changes. YX has been responsible for renovating the filling station, which can now accommodate five lorries at a time. The old portable cabins have been replaced by a newly built toilet and shower building with four separate cubicles open to everyone. It also boasts a disabled toilet. Using the toilets costs DKK 10, while hot water costs DKK 30. Users pay with credit card by the entrance.

‘I am very proud that we have been able to build the toilet building without having to borrow the money somewhere’, says President Orla Thomsen.

Curious eyes will also have noticed the new globe maple planted next to the filling station.

The Cooperative Association Vognmandstanken
Vognmandstanken is run as a cooperative association by the same name. At the time of writing, it has 55 members. To become a member, you just have to be a licensed lorry driver. You then pay a deposit which is returned upon resignation of your membership. Aside from the mandatory general assembly, members and their partners are usually invited on an annual trip.

Most of the facilities available at Vognmandstanken are open to everyone for payment, though a few things are for members only, including a discount on refuelling, free long-term parking and free road maps. In addition, the board decides how much of the profit is paid out to the members of the association.

‘Anyone who refuels here can get a free cup of coffee’, says Orla Thomsen.

Tulle’s Truck Stop – All Day
Vognmandstanken has partnered up with Tulle, whom a lot of people will know from Bolderslev Grill and Tulles Madhus, where she has served anything from hotdogs to open-faced sandwich cakes. Now she works as a cook at Vognmandstanken.

‘I am self-taught and cook everything from scratch’, she says with a twinkle in her eye.

When asked why people come here to eat, she says, without hesitation, that it is the traditional Danish food. Tulle is at work Mondays to Thursdays from 7:00-20:00 and Fridays from 7:00-14:00. The weekly menu will be posted on ‘Tulle’s Truckstop’ on Facebook. 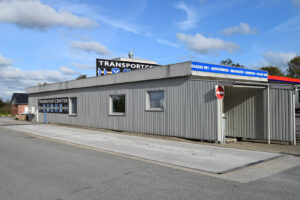 Vognmandstanken is run as a cooperative association with 55 members. 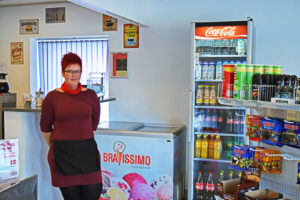 Tulle, who has previously worked at Bolderslev Grill and Tulles Madhus, now works as a cook at Vognmandstanken, where she cooks everything from scratch. 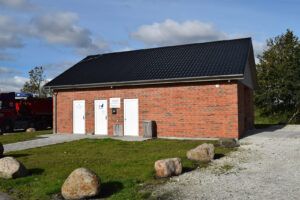 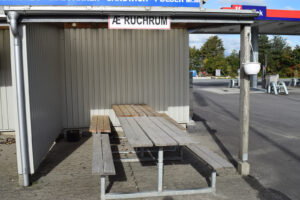 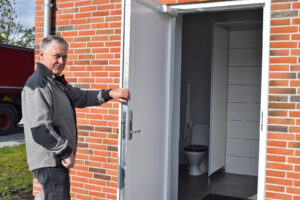 Orla Thomsen by the newly built toilet building containing four separate cubicles with a toilet and shower. Anyone can use the new building.