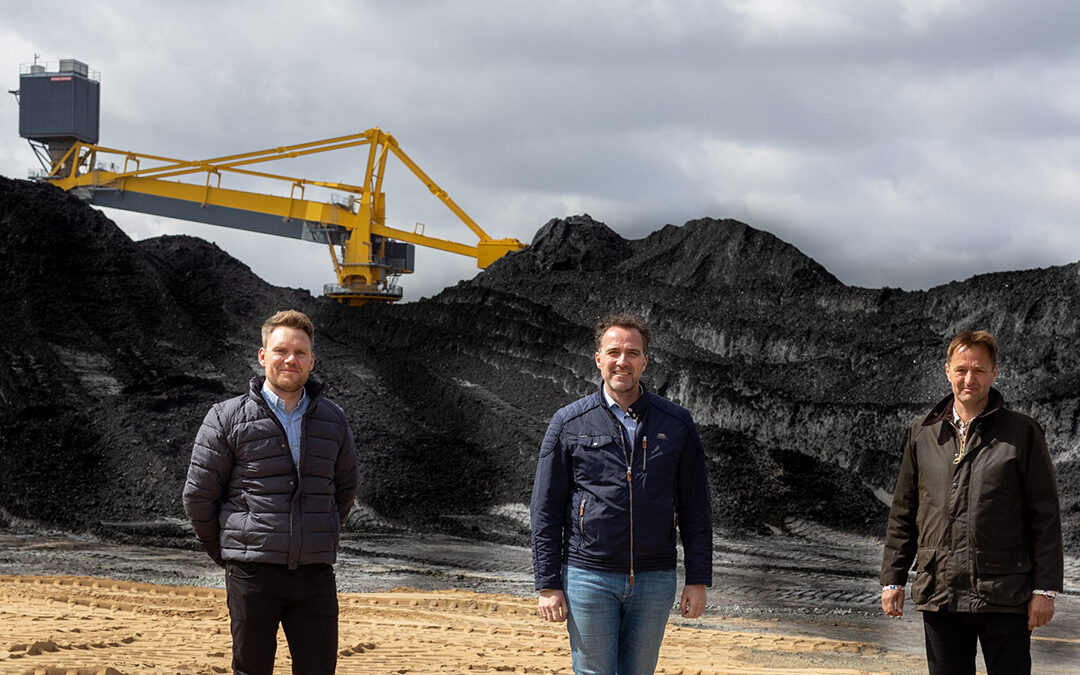 New collaboration: Green hydrogen production at the Port of Aabenraa

Linde Gas A/S and the Port of Aabenraa have just entered into a new collaboration on producing sustainable hydrogen and a number of eco-friendly, hydrogen-based products at the Port of Aabenraa. They offer attractive production conditions to companies wanting to join the project.

The new collaboration is a so-called Power-to-X project. Power-to-X means that green power is converted into sustainable hydrogen which may then be used in the production of eco-friendly, hydrogen-based products such as ammonia, methanol, methane and fuel for lorries, planes and ships, where the oil is replaced by hydrogen, making them much more eco-friendly.

‘I am pleased with the plan, because it very much supports both the green transition and Linde’s strategy of increasing the production of green hydrogen’, says Ulrik Nielsen from Linde Gas A/S, who is Head of Clean Hydrogen Denmark.

The Port of Aabenraa also considers the partnership with Linde Gas A/S an important part of its strategy which focusses on the green transition and sustainable development.

‘We are extremely proud that the leading industrial gas company in Northern Europe has chosen us, and that we as partners will be supporting a green agenda. We believe the collaboration holds lots of potential’, says Port Director Henrik Thykjær.

Business Developer Dan Skov Sørensen from the Port of Aabenraa, Port Director Henrik Thykjær and Ulrik Nielsen from Linde Gas A/S, who is responsible for the establishment of green hydrogen production facilities in Denmark. Here at the site where the partners according to plan will be producing hydrogen and a number of eco-friendly, hydrogen-based products. In the background is the chimney at Enstedværket, a landmark for Aabenraa, which will be gone in a couple of months. Together Linde Gas A/S and the Port of Aabenraa will be building a new landmark.

According to plan, Linde Gas A/S will build and manage the electrolysis facility at the Port of Aabenraa, producing green, hydrogen-based products. But first, the partners will spend the next year or two finding collaborators who can help build the facility. When it comes to the prospect of finding companies interested in collaborating with the two partners, both Ulrik Nielsen and Henrik Thykjær are optimistic:

‘We expect the demand for green, hydrogen-based products to increase significantly, and at the same time, the Port of Aabenraa offers very attractive production conditions – a solid combination that will appeal to a lot of companies’, says Ulrik Nielsen.

And the Port of Aabenraa is ready to welcome companies within the production of hydrogen-based products. The port used to house the coal-fired CHP plant Enstedværket, which has been closed down, and the areas is ideal for companies focussing on the green transition.

‘The entire infrastructure for industrial production is in place. Power lines connect the port and offshore wind turbines, just as the port can provide power of 600 MW and easy access to an infrastructure for lorry transport. This means that future producers of hydrogen-based products are able to receive raw materials by sea and to ship the final product directly from the port’, says Henrik Thykjær.

Business Developer Dan Skov Sørensen from the Port of Aabenraa, Port Director Henrik Thykjær and Ulrik Nielsen from Linde Gas A/S, who is responsible for the establishment of green hydrogen production facilities in Denmark. Here by the deep-water quay which has a depth of 18 metres. Soon ships will not be arriving and leaving with coal, but with new sustainable energy products.

Ulrik Nielsen is enthusiastic about the great potential in Linde Gas A/S’ decision to produce hydrogen in Denmark:

‘Hydrogen is not just the best way to store power; it is also the future green means of transportation within goods transportation. In the short run, we will be using hydrogen-based, eco-friendly fuels in our existing fleet of lorries, ships and planes as an important part of the green transition. Once the project becomes a reality, we will be able to offer our clients greener hydrogen, because it is produced locally and does not have to be transported by lorry from our production plants in Europe. This is in keeping with Linde’s strategy of supporting the green transition through still more sustainable production and distribution forms’, Ulrik Nielsen concludes.