A cool overview of vaccine transport in Denmark 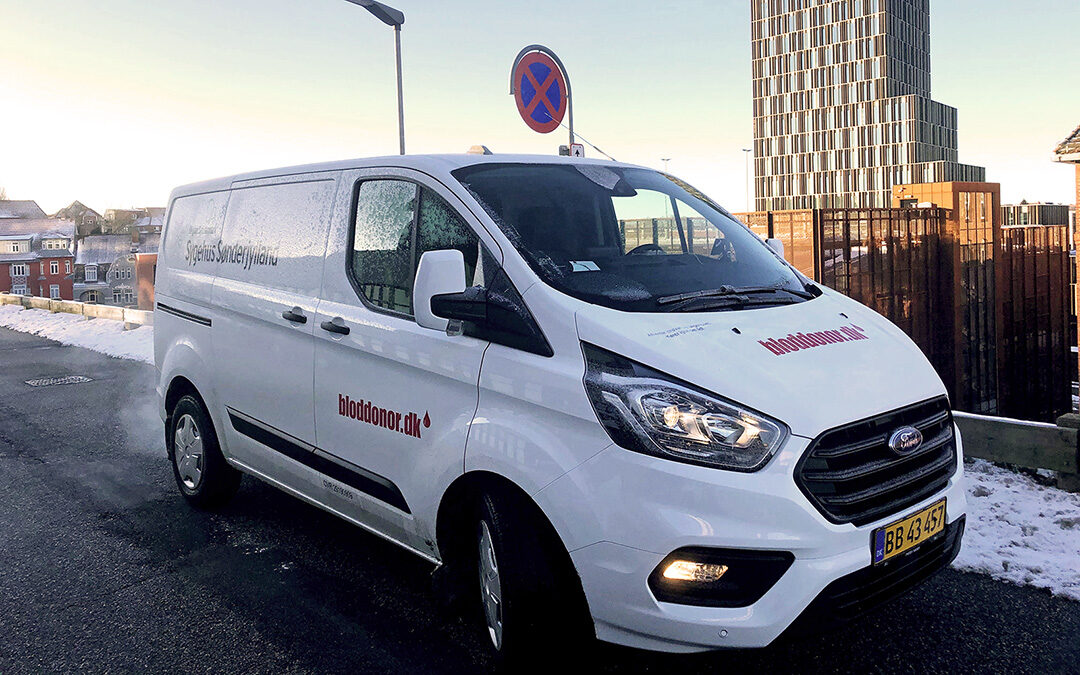 Hermesvej in Padborg is home to KH Onestop. The company began as a distributor of cooling equipment from THERMO KING in the US. Concurrently with an increase in demand, the company has expanded and become a one-stop solution, though still with cooling as its core output.

KH Onestop provides cooling equipment to around 1,000 cars annually and is a main player in the Danish market for cooling equipment, which encompasses anything from small cold cubes to large cooling systems. This made KH Onestop a natural collaborator for the Region of Southern Denmark when the job of processing blood samples etc. was transferred to the region from the general practitioners. From now on, the hospitals were responsible for collecting blood samples etc. from the GPs and transporting them to their laboratories.

At the end of 2020, they soon had very little time to find a way to transport the new COVID-19 vaccines:

‘Here our collaboration with KH Onestop worked perfectly. They provided excellent feedback and quickly acquired the equipment we needed, which meant that we had five cars ready to transport vaccines in just one or two weeks’, says Lis Mayntzhusen, who is Head of Sterilcentralerne in the Region of Southern Denmark.

Requirements for vaccine transport
Vaccines must maintain a specific temperature during transportation, just as the temperature must be carefully monitored. The region’s vehicles have been equipped with a temperature-controlled cold cube, which has a temperature-monitoring system and an alarm that is connected to an app. This way, changes in temperature are discovered immediately. The cold cubes have been programmed to maintain a temperature of 3-6 degrees Celsius, which is a requirement for vaccines during transportation. It can also provide a temperature logging report, if the Danish Medicines Agency should request one. The last, important piece of the puzzle is the drivers, who have received careful instructions in how to transport the vaccines which are sensitive to shaking etc.

Pharma transport – with Danish European champions
Pharma transport is a fast growing area within the transport sector which is currently seeing a demand for expertise from Danish companies especially. These years, large pharma warehouses are being established, as are various solutions within pharma transport and communication. Pharma distributors’ demands follow the European GDP (Good Distribution Practice) standard, and to be considered for a position as transport or cooling equipment supplier, companies must meet these standards and develop solutions that work for the distributors.

Pharma transport, which in many ways is like food transport, requires ATP-approved equipment. ATP is an ‘Agreement on the International Carriage of Perishable Foodstuffs and on the Special Equipment to be used for such Carriage’.

KH Onestop has everything under control: ATP, GDP temperature mapping, verification and validation of cooling equipment. Sales Manager Steen Nelting from KH Onestop says about the company’s collaboration with the Region of Southern Denmark:

‘We expect the collaboration to last for a long time. And we look forward to also doing this job during the hot months, which will require more focus on keeping temperatures low’.

Vaccine transport
Vaccines are, as a rule, delivered by the suppliers:

to Statens Serum Institut, which then distributes them to the Hospital Pharmacies. The Region of Southern Denmark will them transport the vaccines from the pharmacies to e.g. the vaccine centres, nursing homes and group homes. 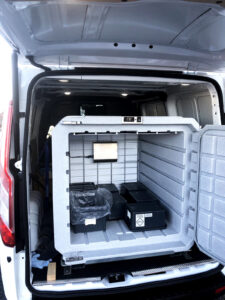 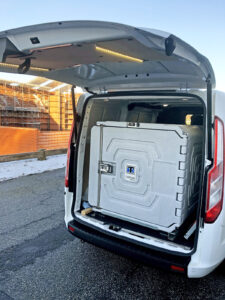 Hospital Sønderjylland chose KH Onestop as its cooling partner. Subsequently, a temperature-controlled cold cube able to maintain a temperature of 21 degrees Celsius +/- 1 degree was installed in the region’s vehicles.